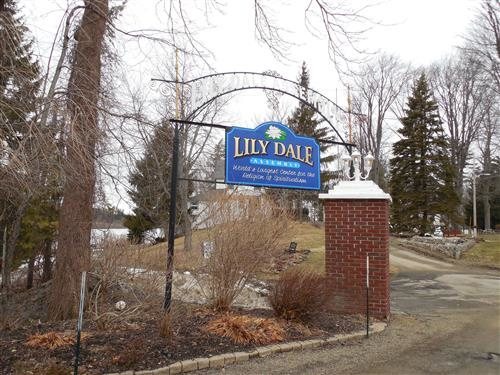 Lily Dale Assembly bills itself as the world’s largest center for spiritualism offering many lectures, workshops, and demonstrations by mediums daily. On the Assembly’s grounds are two areas believed to be haunted. The first is a part of the spiritual retreat called Inspiration Stump, found the end of the trail in Leolyn Woods, where both male and female entities are said to remain. The other is an old Assembly Hall built around the 1880s; the apparition of a bespectacled man in Victorian clothing has been seen walking around the hall’s podium.