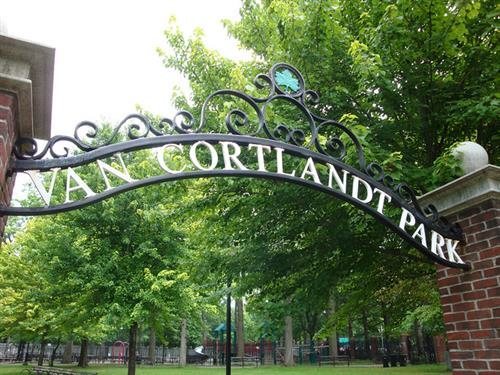 Situated in the northwest Bronx, Van Cortlandt Park is a 1,146 acre stretch of woodland and nature. It also features running trails, sports fields, a pool, stables, and a haunted house. The park is situated on the site of the Stockbridge Indian Massacre, a horrific event in which British soldiers hunted and killed more than three dozen Native Americans; their bodies were buried in the northwestern corner of what is now in the park. Perhaps it is their spirits, then, that are causing paranormal happenings in the Van Cortlandt House. Visitors say that doors close on their own, disembodied whispers can be heard, and apparitions are sometimes seen in the building. There have even been reports of dolls getting up and walking on their own.