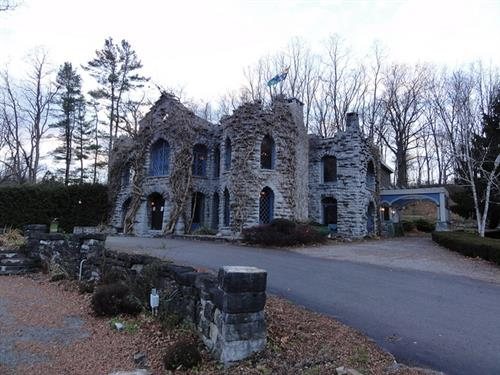 Beardslee Castle was first built in 1860 as a three-story replica of an Irish castle. It has been reconstructed twice after having burned down in two fires which occurred in 1919 and 1989. Today it operates as a restaurant, and diners have reported seeing paranormal happenings. Bright lights have been known to jump out at cars, causing auto accidents, and an apparition named Abagail has been seen walking around. Witnesses have also reported seeing other ghosts, hearing voices, seeing objects move or break on their own, hearing inexplicable footsteps or other strange sounds, and having their cameras malfunction.

The cause for all the ghostly activity may be explained by the site’s history. Before the castle, the grounds were home to a fortified farmhouse with a tunnel that led to a hill full of gun powder. During the French and Indian War a group of Natives allegedly snuck into the powder room as part of a would-be sneak attack, but accidentally set the powder off, killing themselves in the process. The manor’s second owner, Anton Christensen, killed himself by hanging, adding another ghost to the Castle’s halls.