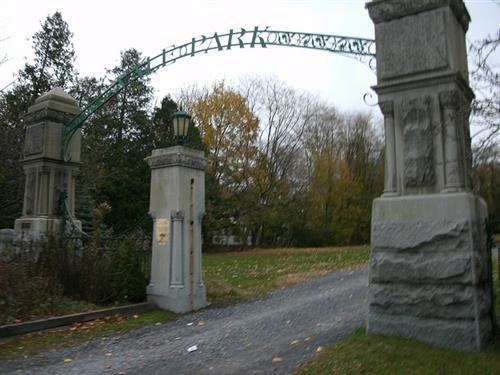 The first burial plot in Vale Cemetery was dug on November 9th, 1857, for a four-year-old child named Noah Vibbard Van Vorst. Today there are over 33,000 occupied plots in the 100-acre cemetery. According to visitors, however, not all occupants are resting peacefully.

Some people have seen black and white ghosts walking about the grounds, and others have seen ghostly figures sitting in the trees. Eerie lights have appeared, and ghostly signing has been heard coming from the old church. Statues on the grounds have even been seen crying and bleeding from their eyes or the tops of their heads.