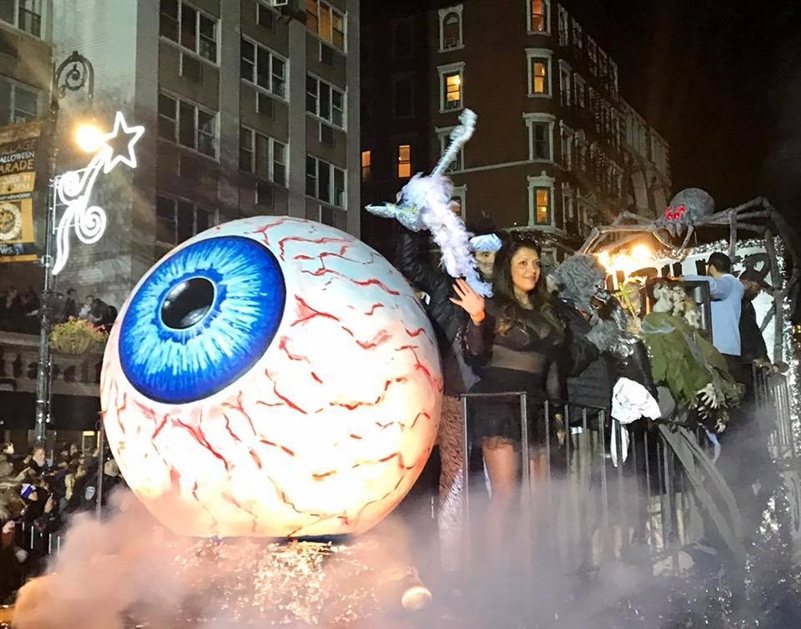 After Tuesday's terrorist attack in New York City, the 44th annual Village Halloween Parade still went on, drawing in thousands decked out in costume. Security was heightened after the attack that took place just hours before a few blocks away.

According to CNN, the NYPD "installed more personnel, blocker trucks and officers with long guns along the parade route." Along with the many parade-goers, who said the attack was more of a reason for them to show up and support New York City, was Mayor Bill de Blasio and Governor Andrew Cuomo.

Cuomo told CNN's Anderson Cooper, "Tonight we're at a Halloween parade to say you didn't win and you didn't affect us. We're doing what New Yorkers do." He continued to say that he wasn't marching in the parade because of a costume, but because "we're living our lives because we're not going to allow the terrorists to win, period."

The parade route kicked off in Manhattan's West Village, just a few blocks northeast from where the terror attack occurred. Later in the day, the World Trade Center was lit up in red, white and blue in tribute to the victims of the massacre.