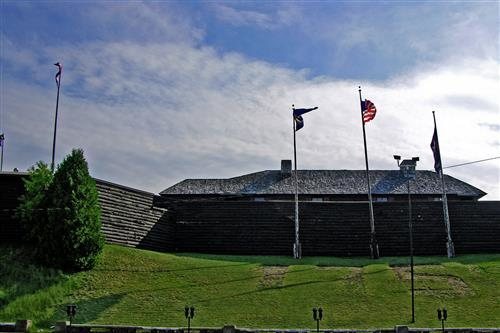 Fort Henry has been the site of many battles, including an infamous massacre that occurred in August of 1757 as French troops laid siege to the then-British controlled fort. Today the fort has been turned into a museum and is rumored to be quite haunted. It is open to visitors and offers ghost tours.

Some of the ghosts have earned themselves nicknames, including the Limper, who creates uneven footsteps as he wanders the building. His amputated skeleton was discovered by archeologists in the 1950s. Another ghost has been named the Slammer for slamming doors in the faces of guests. A disembodied voice has been heard telling visitors to “leave the powder magazine,” orbs and flashing lights have been seen, and colored streaks. There have even been reports of soldiers’ ghosts scolding tour guides for entering their fort.