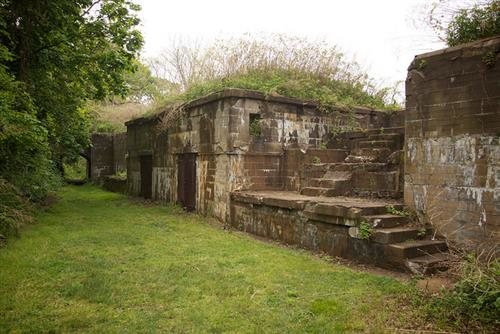 Now a part of the National Park Service, Fort Wadsworth claimed to be the longest continually manned military base in the US until its closure in 1994. Visitors have reported seeing a ghostly soldier walking through walls and moving vehicles on the grounds, and others have had even stranger experiences. One woman had a particularly vivid vision in which she felt as though she had been transported back to wartime inside the body of a curly-haired nurse. The woman found herself surrounded by dead and dying soldiers; a man then grabbed her arm and yelled to get down just as a big explosion went off. After the blast, the woman opened her eyes to find she was back in the present. Other visitors have reported similar, though less detailed experiences in which they would see wounded soldiers that appeared and then vanished when they blinked.