Find Out What's in Store this Halloween Season at Cayo Industrial Horror Realm of Utica! 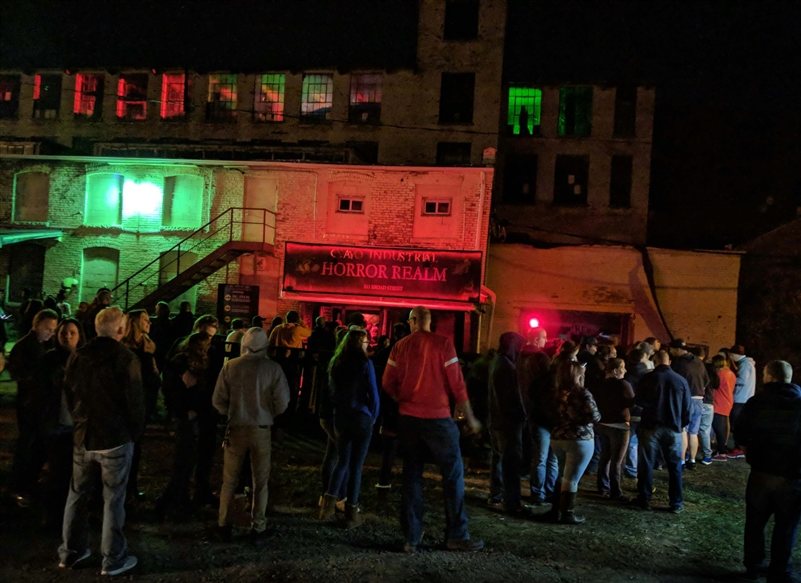 What's new at Cayo Industrial Horror Realm (Utica) for 2018? Do you have any new rides, attractions, or special features that Haunt Seekers should know about?

Cayo Industrial features 5 indoor walk-through attractions, including the Atrophy Escape Ward. Each has its own theme relative to a post apocalyptic resurrection.

What are you most excited about for the 2018 Halloween Season?

Cayo is not based off from Hollywood horror characters, nor does it play off from clowns, aliens, etc... The horror stems from human nature and prophetic visions.

Cayo has run for 16 years since 2003. It started in an abandoned warehouse, then moved to a church basement. In 2005, it relocated to an old jail centered in a village that brought more attendees. In 2008, Cayo relocated to a warehouse district in Utica, NY and has been there for 10 years ongoing.

Standing outside the attraction during busy nights and seeing people from all over the areas enjoying themselves together at something evolved from imagination and extreme hard work.

How long is a typical haunt experience at Cayo Industrial Horror Realm (Utica) from start to finish?

The Cayo experience lasts from 30 minutes to over an hour. We aim to leave lasting impressions.

On a scale from 1 to 10, how scary would you say Cayo Industrial Horror Realm (Utica) is? Why?

Of course every haunted house is going to say 10, so I would say we aim to be scary, horrifying, and psychologically interrupting.

Does Cayo Industrial Horror Realm (Utica)'s property have any real haunted history? Do you have a spooky encounter you'd like to share?

The building dates from the 1800's. The basement level Cayo is in had small newspapers stapled to the wall that were in Chinese. Upstairs has words written on the wall about World War II, when workers tracked the war. But inside the Cayo attractions, Biowar, is located in the back section of the warehouse, when upon closing time the actors were running around when nobody was there. When questioned, they said there was a little kid in a red flannel hiding in a scene. Nobody was evident. The following year with a different crew, an actor went to security staff about someone running into a dark tunnel of the building. The actor described the person as a little kid in a red flannel shirt.

What inspired you to open up a haunted attraction? What's your favorite part of the business?

The best part of doing Cayo is being able to utilize all my talents into one business. I also learned things outside of the artistry like fire safety, building codes, and business elements. There is a lot that goes into this business. It's a lot harder than most realize.

We have utilized incredible technology into the Atrophy Escape Ward attraction. It made it possible to make it the experience it is today.

We offer $1 off admission with military discounts, cans of animal food discounts.

Anything else you'd like to let us know about Cayo Industrial Horror Realm (Utica)?

Join us on Facebook for the most frequent updates.